Art, hope and self acceptance

A bit of colour …

Over the last five years most of my work has been created using graphite although odd dashes of colour have made an appearance in some of my drawn fabric. After university is a tough time, no more deadlines, crits, projects, all that free time – it sounds wonderful doesn’t it? but it’s a double edged sword, after twenty years as an accountant and six more of study I kinda like deadlines! A change was needed so I decided to explore colour (whilst staying very firmly with my beloved pencils).

I am very pleased and excited that my first two explorations into colour have been accepted for the  UK Coloured Pencil Society’s 14th Annual Open Exhibition 2015, it is taking place at the Menier Gallery, London between the 6th -16th May 2015. I have included the full address and link to the website below, its not far from Tate Modern so if you are having a day out at the Sonia Delaunay or Marlene Dumas exhibitions take a small detour and come and have a look.

All of us own something whose value to you far exceeds its material one, your grandfather’s watch, a childhood toy or holiday souvenir.

Would drawing it change it?

What about that thing you have lost, or desired but never possessed, that belonged to another life, would drawing it change your sense of loss.

To have an effect does something have to be true, original, and authentic?

I am giving my imagination and memory a materiality that can then be perceived my others and myself, and can be reviewed. Constructing an alternative future, and past, that is founded on objects yet in which they are removed to reveal my truth. 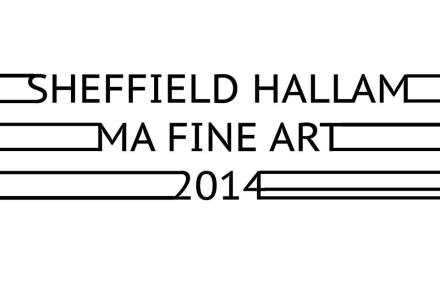 It continues Monday to Friday, 10am-5pm until the 27th June

Its being held in the S1 Artspace, Sheffield, you will find me on the first floor along with all but one of my fellow students (you can find the other member of our group on the ground floor), it promises to be an exciting and eclectic exhibition.

S1 will also be home to the Mart final show and part of the BA Fine Art degree show, there will be lots to see including  videos and performances, you are bound to find something to intrigue and fascinate.

I am not sure if I am alone in this but so often when an opportunity comes along I see the difficulties rather than the opportunities.

When the opportunity arose a few months ago to take part in the forthcoming Leeds Art Book Fair  I hesitated, what would I make? what could I make? could I make anything!

The weekend its running is awkward, I have a lot of other stuff to do etc etc ………….

Thankfully the opportunity to work with a great group of fellow students/artists under the guidance of an inspirational tutor, supported by Sheffield Hallam proved too much of a lure. Its an opportunity that might not come my way again and I really am grateful to add the experience to my growing list of things I never thought I would do.

It has also allowed me to create a work that I might never have done otherwise and in the process to learn a lot.  Submissions were called for with the themes of “archive and office, stationery and document, marginalia and cataloguing, and accumulations and inventories”. I didn’t want to stray far away from my practice and pretty quickly I began to think about lists of people whose achievements were, generally speaking, passed over.

If women are as good as men why aren’t there any great female artists/scientists/explorers/mathematicians etc – you get my drift.

I had sort of just accepted it as a truth. I mean I know now there are many great women leading every possible sphere of endeavour, but in the past they had so much to overcome, they had less rights, less access to education and training. Any achievement would first mean surmounting so many obstacles that it would be understandable if they couldn’t.

I decided to look, setting the parameters that their achievements should be primarily pre twenty first century and that they should not be generally well known by the public ( someone without a specific interest in their area).

I knew I would find some, indeed I already knew of a few, what I wasn’t prepared for was how many I would find, the breadth of subjects that women have always excelled in and how far back into history I was able to go.

I had set myself the task of finding one hundred women but let me say now that for each one I have included I omitted five or more.

What I did find spanning two thousand years were women who were successful, ground breaking, innovative and breathtakingly brave.  Artists, inventors, doctors, scientists, soldiers, spies, explorers, and campaigners. Who lived and fought for their work, who fought and died for their beliefs, or who just perhaps stood up for their beliefs when others wouldn’t at a particular moment in time. Women who were overlooked or who found success but have been forgotten by history or women who perhaps we should just take a moment to remember.

Contained within a hand made notebook reminiscent of the traditional school exercise book.

A list of one hundred names, written in pencil, an inventory, a remembrance, an acknowledgement.

Finding outstanding women wasn’t difficult, choosing which ones to use was.

Hope to see you there

The Royal Derby Hospital is just in the process of organising its archive and they very kindly allowed me to search through their material, some of which hadn’t yet been archived. So much wonderful stuff! Reports on student nurses, midwifery books,  numerous mysterious machines and Florence Nightingales signature. Wonderful indeed but not what I was looking for… although I didn’t actually know what that was until I found a pile of amateur photographs. Someone sometime in the 1930/40/50’s ( I can’t tell) had taken a camera in and photographed different wards, I expect it was unusual then to be photographed and patients are sitting up smiling in bed, but it was the photos from the maternity ward that made me stop. Smiling nurses held armfuls of anonymous babies, with nothing to identify them it felt easy to imagine that they could be who ever you wanted; 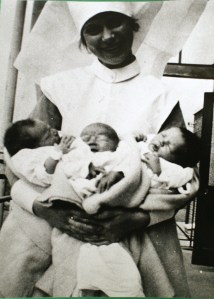 and that is when my imagination began to fly.

On the 6th April 1959 my brother Jonathan was born, overdue and stillborn. This was a time before counsellors and memory boxes and he was whisked away unphotographed and unrecorded to an unknown grave. He was my older brother, so I have no memory of his birth and wasn’t told about him until I was in my thirties with children of my own. Yet he has had a huge impact on my life, he was the family secret that I kind of always knew about.

When I was told about Jonathan my father was dying and my parents wanted to know what had happened to him, so I set about finding out. It took just two phone calls to solve the forty year mystery, as you might expect with officialdom, he had been allotted a number, his location recorded. Archived.

It was as if he had been waiting for me to find him.

I have always felt a sense of guilt that somehow I let him down by not knowing about him sooner, not carrying him in my heart as I grew up. Seeing that photo of the nameless babies I thought how they could be anyone’s child.. or brother. What if I were to create the memory box that Jonathan would have had if he were to have been born today, would that satisfy my need to memorialise him, to give him a presence in this world?

After a lot of research into what sort of things might go into a memory box and thinking about my own children’s births and mementoes I began to draw..and think .. and imagine.

The content list not only itemises all contained within the box but other events crossed out – his first school photo, his first lost tooth, all the milestones he would never reach. The box is poignantly empty, indicative of a life unlived.

I do feel that this imagined memory box has helped me and would like to research further into the effects of the created art object. I would like to perhaps work with others who have lost a baby and have been left without anything to remember them by.

The Archive of Created Histories and Imagined Futures

A new direction to my practice prompted by an elective called Drawing from the Archive.

Throughout history objects have been worshipped, treasured and reviled. We use them to bring us luck and to traverse time and space to revisit the past or conjure up the presence of a loved one.  We all own an object who’s value to us far exceeds its material one.

I have talked previously about the properties of the art object but could it stand in place of the original or even to fulfil the need of an imagined object. Whether by giving a materiality to an internal longing it satisfies the original desire.

Are the only valuable artefacts authentic ones and the only precious memories true ones?

We often see the world us around as solid and material but in fact our reality is stitched together with the unproven, the believed. One of the things that makes  humans unique is our ability to believe in the unseen, to create the unbelievable and then have faith in its existence.

Our capacity to imagine and give life to those imaginings has led to our greatest moments in history but also is the source of our darkest shame.

Every scientific discovery starts with a ‘what if’, but also every war is bolstered by hollow justifications that are weaved into a false reality that perpetuate fear and hate.

Imagine an archive where they are tasked with storing and preserving all these imaginings, good and bad, responsible for protecting the most fragile and containing the most virulent fabrications of the human mind. Some like the oldest religions will have survived for thousands of years but others like a childhood ambition will soon fade away as adult concerns crowd in on that individual.

As part of the elective I created a piece of work called Finding Jonathan, the first item in my archive. It was prompted by a photo I found in The Royal Derbyshire Hospital’s archive but I am going to blog about that separately.

To report on my work I decided to continue to experiment and present in character, something I have never done before and wasn’t exactly looking forward to. Dressed in a white lab coat I became the head archivist for the  department called Individual Archive with a particular interest in Personal Longing. The items found in this section are created through hope and love and are some of the most delicate and ephemeral artefacts. I created a reception with a drawn phone, bell and in-tray, in my pocket were drawn pencils and scissors and I handed out a drawn pamphlet to my ‘induction members’. Because everything I do begins with graphite on paper it seemed right that my imaginings would be drawn, hopefully it helped to introduce a sense of ‘otherness’ and an element of fun to what might have been quite a sombre piece of work 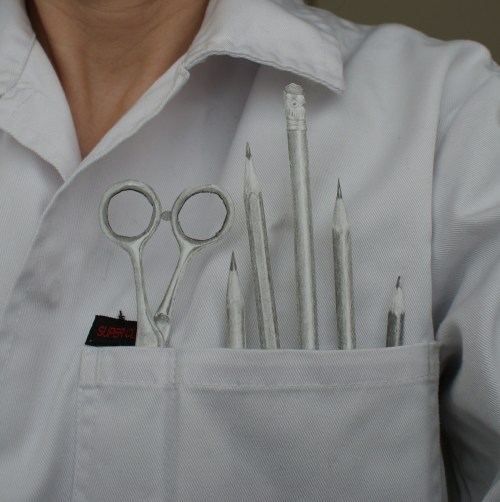 It was just a short presentation but even though I was nervous it really helped me to test the idea, it would be wonderful to be able to expand this area of my practice further.